11 Reasons Why Atheists Love Their Pets

I love my pets, and I feel a very definite need to have at least one animal in my house. Currently, I have one cat, two large dogs, and one fish, and I very much enjoy the presence of them all. Each one has something different to offer and each one has different requirements for proper care. My house is never completely clean, and I am still wondering how to tackle all of the chewed furniture, wall molding, and window sills. I have replaced several items in my house because of one or more animal chewing, clawing, or defecating on them. I accidentally ingest fur regularly, and I have to take an allergy pill every day or my face swells up like a balloon. And yet, I wouldn't give them up.

It seems that many people in the secular community share my love of animals, so I compiled a list of reasons why atheists, in particular, love their furry, scaly, feathery, creepy, crawly companions. 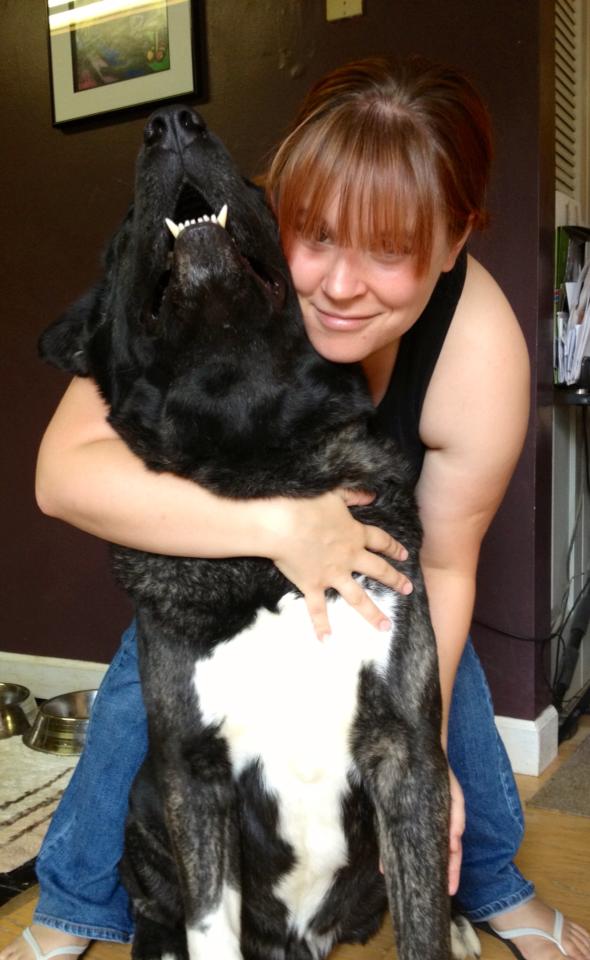 2. Animals are atheists, too!
They don't need forgiveness and hate fasting. Naps are a completely appropriate replacement for prayer.

3. We like having live-in reminders of evolution.
Isn't it interesting how much paws look like hands and fins look like wings? And why is it that fish and reptiles are cold-blooded and have scales? Why does the parakeet look more like a tyrannosaurus than my boa constrictor? In daily observations of our animals, we can see just how much we have in common with them and how much in common they may have with each other.

4. Interacting with animals improves our communication skills and conflict resolution.
You can't just politely ask your cat to stop swatting everything off of your dresser. You have to understand the creatures you live with and play by their rules to achieve the desired result. "Bad" behaviors and "good" behaviors are sometimes innate and sometimes require tenacity, patience, and acceptance. Pets remind us that the world doesn't work on our terms, and sometimes, we have to become creative with our solutions.

5. Every day is full of surprises.
You never know what you are going to see, hear, or smell, and you never know if it is going to be adorable or catastrophic, or a sadistic twist of the two, like finding your german shepherd and kitten curled up together in a bed of shredded upholstery. 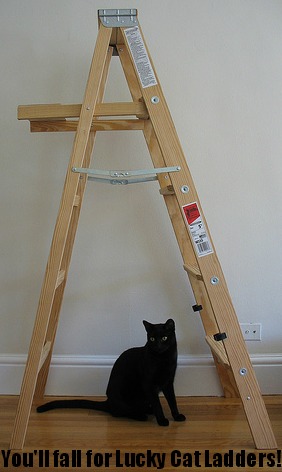 6. Sharing a living space with animals allows us to demonstrate a blatant disregard for superstitions.
There is an actual belief that black dogs and black cats are somehow related to witches and vampires, as well as the well-known ability of cats to suck the breath from babies. And then, of course, keeping snakes is rather dangerous. They are full of terrible suggestions, I'm told, and very persuasive.

7. We want to help care for our fellow earthlings.
The exchange of trust and companionship makes all the work worthwhile. Forming relationships with animals other than humans and expecting nothing in exchange aside from the pleasure of their company is rewarding.

8. Communing with your animals makes more sense than communing with an invisible entity.
Prayers or pettings? Both have been shown to help with stress, but atheists prefer something more tangible. Petting our dogs, cats, snakes, squirrels, ducks, turtles, or whatever else we may have is one of the ways we relax and recover.

9. They ward off unwanted visitors.
Jehovah's witness knocking at your door? If you don't have a dog to bark at them, then perhaps you and your pet scorpion, Stabby, could hazard a greeting. 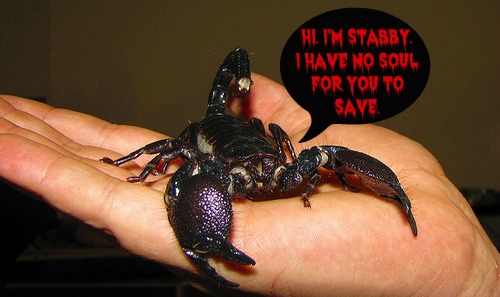 11. Enthusiasm for our pets helps us to connect to the rest of the non-secular world.
Who doesn't love kittens and puppies? No matter who you are or what you believe, the good and well-intended people of the world are easily identified as ones who care for those who cannot care for themselves, including animals. 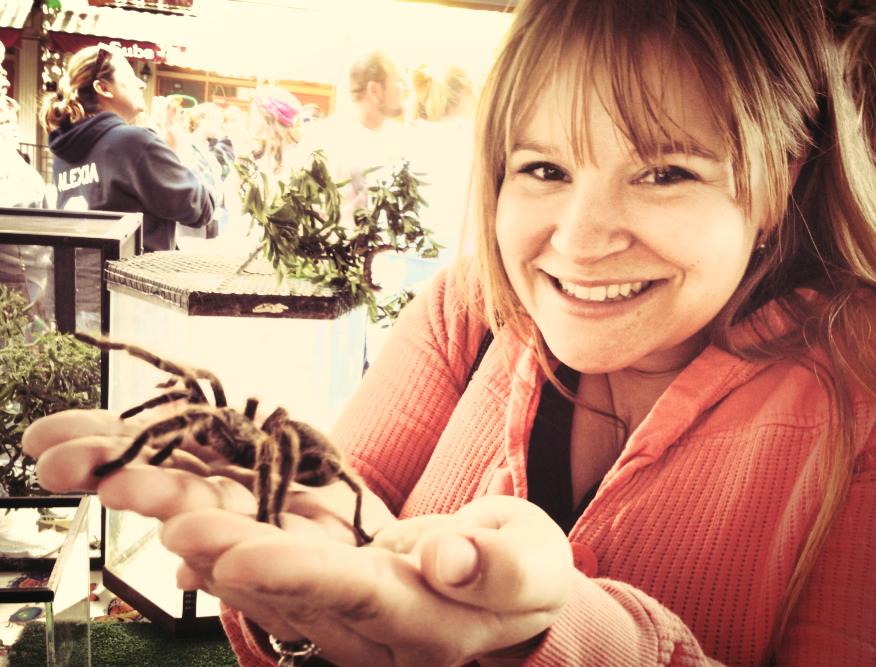 Disagreements: Being Wrong and Wretched

"Opinion: a view, judgment, or appraisal formed in the mind about a particular matter" - Mirriam-Webster Dictionary

Everyone has opinions. Frequently, one person's opinions differ from another person's opinions. Differing opinions regarding one's own preferences are natural and those differences contribute to the variety and spontaneity of life. I prefer red delicious apples, and my husband prefers gala apples. I have a compelling argument as to why I have such a preference, but the qualities that I find important and appealing may not be the same as the qualities my husband prefers. However, our disagreement on which apple is best doesn't result in either of us not getting what we would like. It just means that our fruit selection varies more than if we were to agree.

Some opinions apply to situations where not everyone will be able to get what they want. This happens with group events such as going to the movies, planning wedding menus, agreeing on a radio station on a road trip, and even things as serious as legislation. I can deal with having to listen to music I might not like, eating food that isn't my favorite, and seeing a movie that I might find less entertaining than another, but when opinion shapes legislation, I might be left with options that strip me of rights and resources. When having an opinion about what other people should or shouldn't be doing with their own resources and their own bodies is met with action, you should expect scrutiny.

"The greatest deception men suffer is from their own opinions." - Leonardo da Vinci 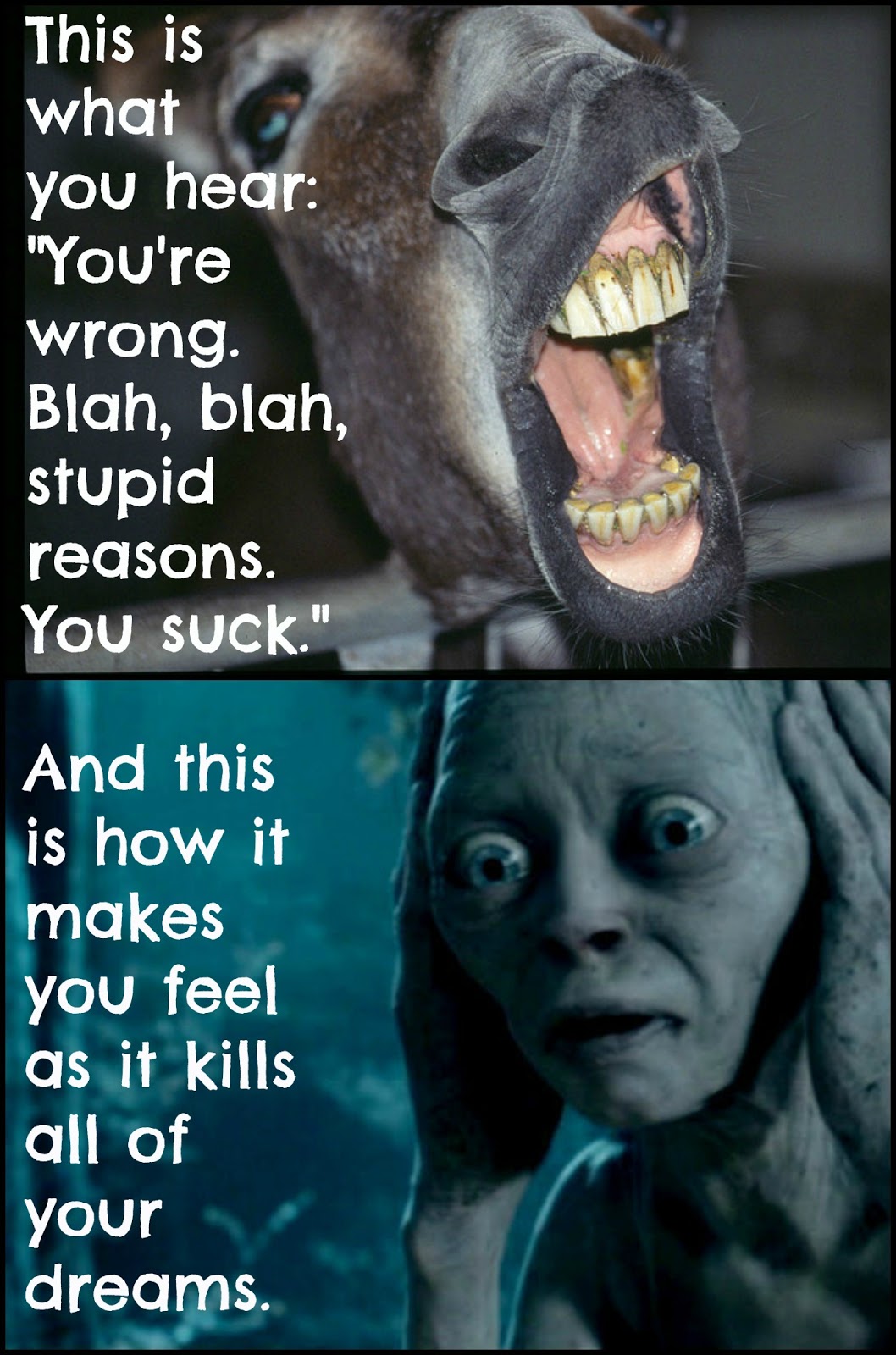 The more serious your opinion, the more anger or frustration you may feel at having your opinion challenged. You might also feel anger and frustration if, when trying to summon up a good reason for holding your opinion, you are reduced to shouting, huffing, eye-rolling, and other non-verbal behavior that signal your deteriorating emotional state to the other party. You may not have considered before that you could be wrong, and this possibility can be extremely troubling. You are good person, and you like to think that you do things for good reasons. At this point, you either have to insist that you are correct while attempting to skirt the issues of reason and evidence, scare off the offending questioner with threats or posturing, or concede that you may be wrong and wither away into a puddle of wrongness under some moldy rock amidst the muck and mire of the dregs of society.

"Opinion is the medium between knowledge and ignorance." - Plato

Everyone has been wrong, even overtly wrong in front of other people. It can be anything from mildly embarrassing to utterly crushing. But, realizing that you may be wrong is a profound state of mind, because it allows you to change. I am not saying that, just because someone disagrees with you, that you are wrong. But, I am saying that, if someone disagrees with you, listening to what they have to say and talking to them is important. Why do you think that way you do? Consider your own motivations and the points that the other person is making. What is important to them, and what is important to you, and why?

"Too often, we enjoy the comfort of opinion without the discomfort of thought."  -John F. Kennedy

Frequently, opinions are formed out of an emotional impetus and maintained because we choose to see what supports our opinions and ignore what challenges them. One bad or good experience causes generalizations to be made that shape our perception of our environment. Additionally, people tend to choose company that share their opinions because it is easier to agree and remain amicable. Disagreeing with someone that you like can be uncomfortable, and even if two people may disagree about something, they might mutually decide to never discuss it by avoiding the issue. However, if nobody ever discussed their opinions, society would become static, dull, and unproductive. 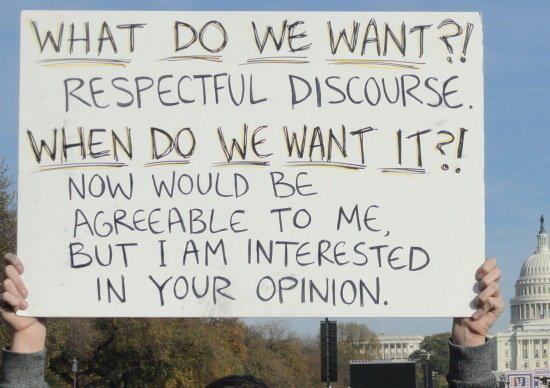 Disagreements combined with mutual respect are important. Discussing important issues like politics and religion are important. Disagreements about religion and politics are unavoidable and have great potential for deepening understanding of each other as well as improving the standards by which we live as a society, so don't shy away from conflict. Temper it with patience and see what new ideas arise from not keeping your opinions to yourself.
Posted by Unknown at Tuesday, July 09, 2013 No comments: 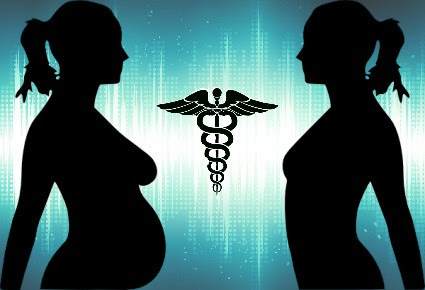 Currently Texas, Ohio, and North Carolina are in the process of passing abortion legislation to limit women's access to safe and legal abortions, citing safety for women as one of the reasons. One of the risks that anti-choice advocates speak of frequently and that Crisis Pregnancy Centers tell the women that visit them for guidance, is that abortion greatly increases the risk for breast cancer.
Less than one minute on google will tell you that this is false.
Why, then, do those that oppose abortion make this claim? As much as I adamantly disagree with anti-choicers, it is hard for me to think that they just made this up. I decided to look into their reasoning for these claims. 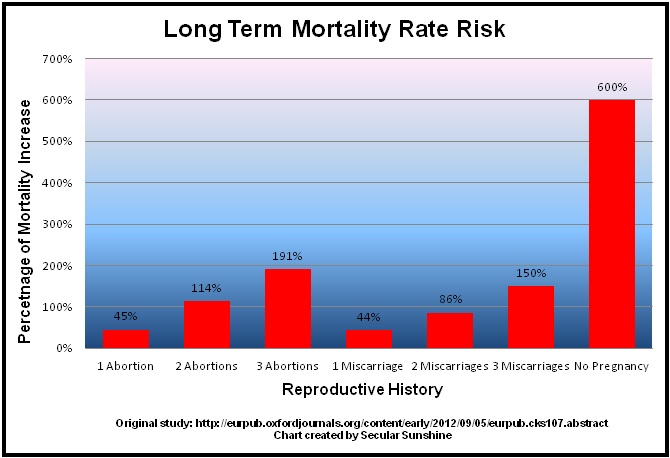 While there is a marginally higher risk to women having had abortions than women with natural miscarriages, the greatest risk by far is to women that had never been pregnant. The conclusion of the study was that more study was needed, but the anti-choicers seem to have latched onto this and taken the information out of context. If the entire study is to be considered, then it would be reasonable for people concerned about breast cancer to advocate for pregnancy, since that seems to cut the risk significantly. In fact, the more pregnancies you have, the more your risk is reduced, with a very young start giving the best protection. So, following that line of thinking, those advocating against abortion with the argument of it causing breast cancer should be advocating for teen pregnancy.

That point is made clearly in a Biomed Central article that asserts, "In humans, having a child before the age of 20 decreases risk of breast cancer by half."

The relationship between abortion and breast cancer has nothing to do with the actual procedure of abortion, but it does relate to a lack of pregnancy. The reason why pregnancy drastically reduces the risk of breast cancer is related to a woman's menstrual cycle and the hormones created during this process. Simply put, the more menstrual cycles a woman has, the greater her risk of developing breast cancer. And because there is no menstrual cycle during pregnancy, it causes that risk to decrease. So, having an abortion doesn't increase your risk of having breast cancer, but not having full term pregnancies does.


But is that a good reason to not have an abortion? What are the perks of pregnancy, childbirth, and motherhood, and what are the cons? These are questions that need honest answers, not scare tactics and partial information. The breast cancer/abortion relationship is only one such falsehood that anti-choicers use to support their platform.
Posted by Unknown at Wednesday, July 03, 2013 No comments:

Promote Your Page Too